Trending
You are at:Home»Articles»The Pectus Journey: Before and After (photos)

Finally I have photos for you to see. I also saw the doctor yesterday for my first post-op appointment. Everything looked good and I’ll see him again in two months. He told me I could start jogging again, but I think that is a little ambitious.

In my last post on this subject I left off just after coming home from the hospital. I stayed a week at the Spilgers home because my apartment is bereft of a recliner and sleeping on a bed at that time was a painful experience.

Things were pretty tender the first few days. Getting around was delicate. I couldn’t bend much, and I found that putting my socks on was the most difficult part of getting dressed.

Percocet was a mixed blessing. On the one hand, it did a great job of dulling the pain and making me feel comfortable. On the other, being comfortable put me in just the right kind of mood and things seemed funnier than usual. Laughing was a painful experience. Sneezing was far worse. My first sneeze occured on thursday, and I spent a full 5 minutes recovering from the shock of angry muscle tissue and bone.

I found that I noticed improvement every other day or so. I gained a little bit more range, could bend a little farther, pick up light objects with a little less pain and so on.

I ran a slight fever, about 1 or so degree above normal the first week. That eventually tapered off. On friday I tried sleeping on the couch, propped up by pillows, which worked pretty well.

I came home to my apartment sunday. And stopped taking Percocet during the day on tuesday, using it only at night. I managed to pick up the cough that has been making the rounds here in Saint Louis the week before. Fortunately, Percocet acts as an anti-tussive (cough suppressant), and I didn’t feel it much till I stopped taking the Percocet during the day. I started sleeping flat on my back a couple days ago. Let me tell ya, the human body isn’t designed to rest in a propped up position. Sleeping flat has helped emmensely.

I found that most of the pain I was feeling wasn’t from the incisions directly, but stemmed from the knotted up muscles around the incision. The knots are caused by the trauma from the cut in the muscle they made for the bar. The right side hurts the most because the incision is wider and because there is a 2.5 inch bar that runs perpendicular to the main bar and prevents it from turning and adds extra stability. I finally saw my x-ray’s. The bar is about a 1/5 inch wide and about a 1/4 inch thick.

As of today, approximately 3 weeks after the surgery, I feel pretty good. Still some pain and stiffness, but a lot more mobility than last week. I’m told the majority of the pain and stiffness will be gone in another 3 weeks. If I can rid myself of this cough, I’ll probably feel a lot better.

Ok, now for the photos: 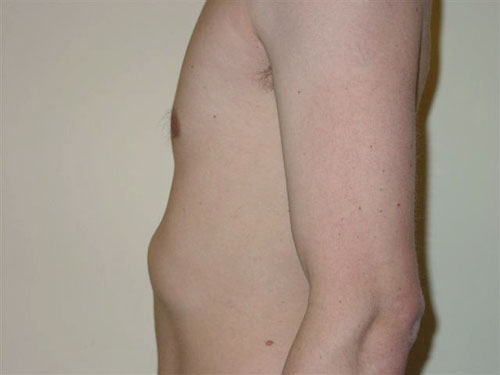 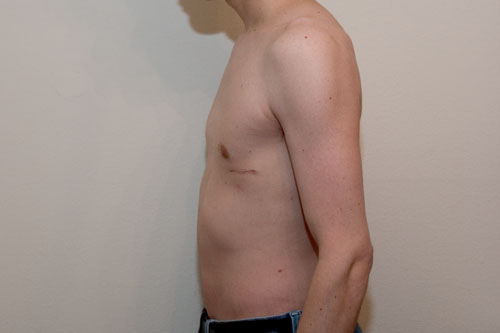 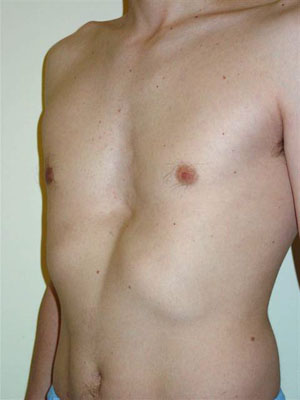 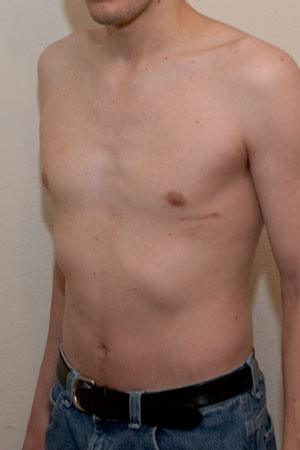 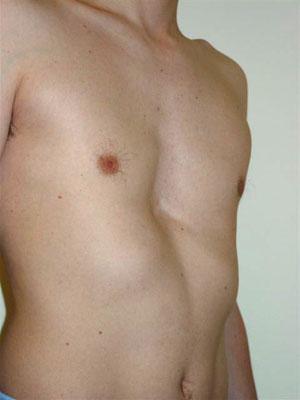 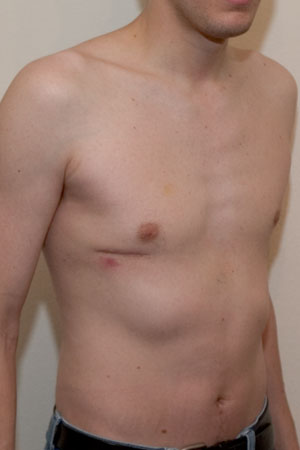 The photos were taken with different cameras, so you’ll notice some difference in framing and focal length, but I think they suffice to show the difference.

I have been writing on the web since 2000. I am a christian , a photographer, an occasional poet, a recovering dreamer, an occasional philosopher, a software developer, an autodidact, and i resemble the INFP personality type.